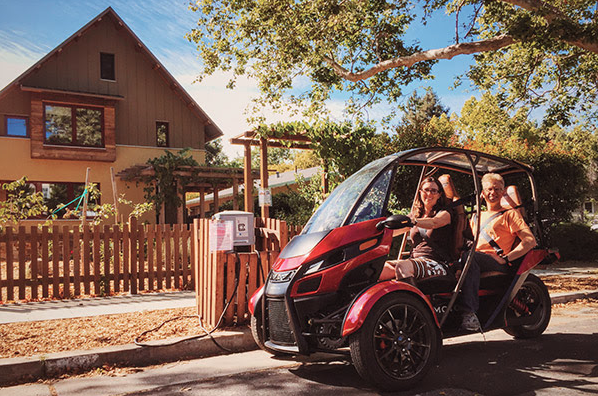 We are hearing from around the country that you want to test drive the SRK, and we are working diligently to make this happen. The Arcimoto road crew is constantly on the move, hosting test events on the West Coast. This month we ran the first test of our new location-based communication system to good effect: out of the ~160 Arcimoto supporters in the greater metropolitan Eugene area we messaged, about 20 came out to kick the tires of the latest generation. Rather than relying on a single blast to everyone for upcoming events, now we are able to let folks in the area know when we’ll be in the neighborhood.

We’ll be near the home base in Oregon for most of July – visiting DaVinci Days in Corvallis and Portland for EV events before we head back to the Bay Area at the end of the month. We expect to stay in the Pacific Northwest for most of August before looking to our fall East Coast trip.

The best way to get in the seat of the SRK is to follow these steps:

If you didn’t provide your location details when you first signed up for the newsletter, you can go back to the web site to add those details now.

Recently our founder Mark Frohnmayer was interviewed live for Think Out Loud on Oregon Public Broadcasting to discuss his inspiration for founding Arcimoto and to share the latest news of the upcoming SRK. You can listen to the entire segment here:

Mark Frohnmayer on Think Out Loud

One of the notable works to happen this past month is the rebuild of our Generation 8 engineering mule. This new revision will take all of the knowledge and experience we’ve gained from the Red and Blue SRK alpha prototypes to refine the SRK experience in advance of the Signature Series production run later this year. Follow the reveal on Facebook and Twitter in the coming weeks. 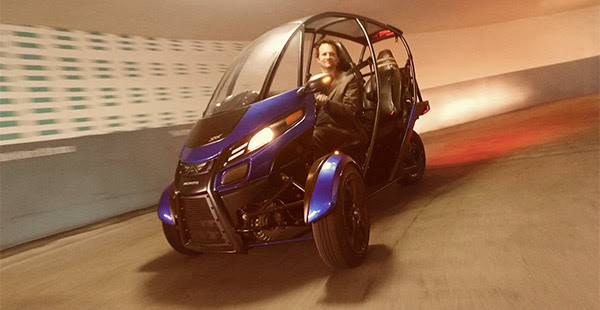 IF YOU’RE GOING TO SAN FRANCISCO…

In early June, the Arcimoto road team returned to the Bay Area, introducing even more drivers to the SRK. It was a fantastic visit in San Francisco, with both red and blue SRKs handling the steep hills of the city’s terrain exceptionally well.Later in the week, we made our way to the south end of Silicon Valley where Mark was invited to speak at a meetings of both the Electric Vehicle Entrepreneurs of Silicon Valley and the Electric Auto Association of Silicon Valley. We turned skeptics into believers with an introduction to the SRK driving experience, and the success of this trip has pushed Arcimoto to within a hair of our Q2 target of 1,000 pre-orders! Don’t miss your opportunity to become an Arcimoto pioneer, reserve your SRK now. 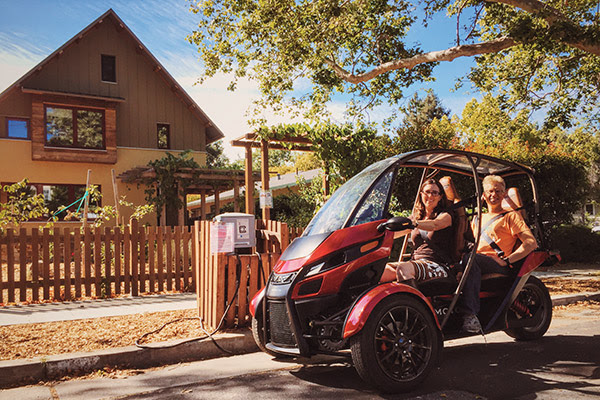 While in the Bay Area, our road crew had the pleasure of meeting Kate and Sven Thesen who have installed one of the first permitted residential curbside charging stations in the US. Sven is one of 2000 climate scientists who won the Nobel Peace Prize in 2007 along with former Vice President Al Gore.  He’s an avid evangelist of the electrification of our transportation system, as part of the greater goal of sustainable living.  In addition to the charging station, his family has created their entire property to be ‘zero net energy’ – to create as much energy as it consumes.  They’ve dubbed it Project Green Home, and it’s truly inspiring to see such forward thinking in action.  Thanks for the charge and the hospitality, and we’ll certainly be back for another visit.

Thank you for joining Arcimoto on our journey to production. We hope to meet many of you on this summer tour of events. Follow our social paths and we will work to put you behind the handlebars of an SRK near you!