As we level up the design of the SRK in preparation for market entry, we’re also working to better communicate the product vision and experience to existing and prospective Arcimoto supporters. We’re going to put out a real Arcimoto SRK product video — but before that, we launched a teaser. Check it out! 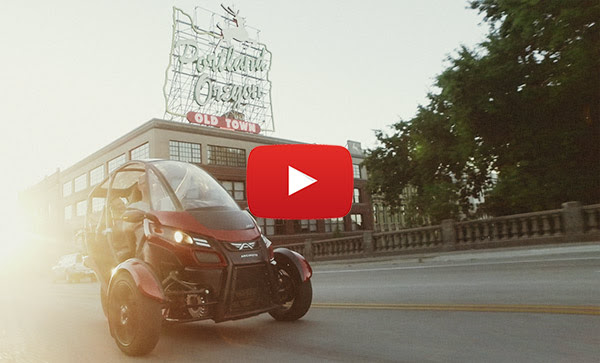 We started building our first short run of production-level vehicles we call the Signature Series. These limited edition, hand-built vehicles will embody both a wide swath of SRK production-intent components and assemblies, as well as some exclusive features appropriate for collector’s machines.

In addition to being the first Arcimoto products delivered to real customers, the Signature Series vehicles will give us important data and feedback prior to the launch of the consumer version.The Signature SRKs harness the knowledge and improvements gained through the alpha prototypes engineering refinement phase executed over the last eight months.

Among the improvements planned for the Signature vehicles are the following major pieces:

Chassis – the current chassis is the model being used to design all future additions and accessories, including the all-important enclosure options.

Battery System – we have selected the production chemistry for our battery system, offering a 90% increase in energy capacity over that of our alpha vehicles. And all that contained in a space that is three inches narrower and an inch shorter – so much more range, and more comfort.

Gearbox – refinements have led to a smaller and lighter gearbox, as well as production forged gears, which should result in increased efficiency and smoother, quieter operation.

Windshield – the production windshield and roof is a scratch-resistant hard-coated polycarbonate plastic which is clear like glass — minimal distortion and very difficult to scratch.

Rear Swing Arm – the rear swing arm has been redesigned to be lighter and improve the overall ride experience.

The alpha SRKs are already incredibly fun to drive, and we expect these improvements will provide the smoothest and most exhilarating SRK ride yet. Everything we learn in this phase will push us expeditiously into the production pilot/assembly line stage of the Company’s development arc. 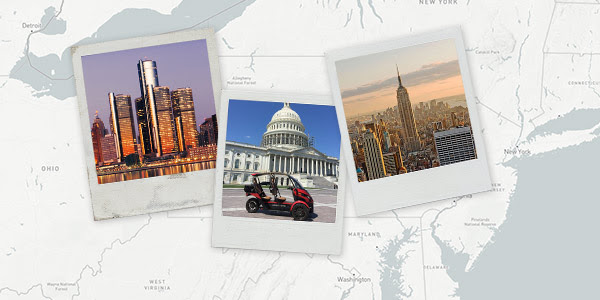 So you say you want to drive it yourself? Well, if you’re in the Washington DC, New York, or Detroit area, your long-awaited chance is rapidly approaching. Our road team will be in your ‘hood in September. We have a full schedule, but plan to dedicate at least an afternoon in each major area to let our local supporters experience the SRK.

Do you know a good spot to demo the SRK in DC, NYC, or Detroit? Let us know at info@arcimoto.com. We’ll announce the locations on the Events section of the website, our Facebook page, and via direct email to all of you in the local areas.

Our last newsletter announced the rebuild of our engineering mule and we are happy to announce that the Engineering Test Chassis (ETC) is nearly complete and, as our third alpha prototype, is very close to a production-level build! As mentioned above, these refinements will carry over into the Signature Series and help define our production vehicle. Oh, and it also looks HOT! There is still some testing to do and some final adjustments to be made before we release it to the wild for test drives, but we’ll have it on display up in Portland this week at Oregon BEST FEST and the Technology Association of Oregon’s TechCrawl at WeWork.

As always, thank you for joining us on this incredible journey. We look forward to building your ride.