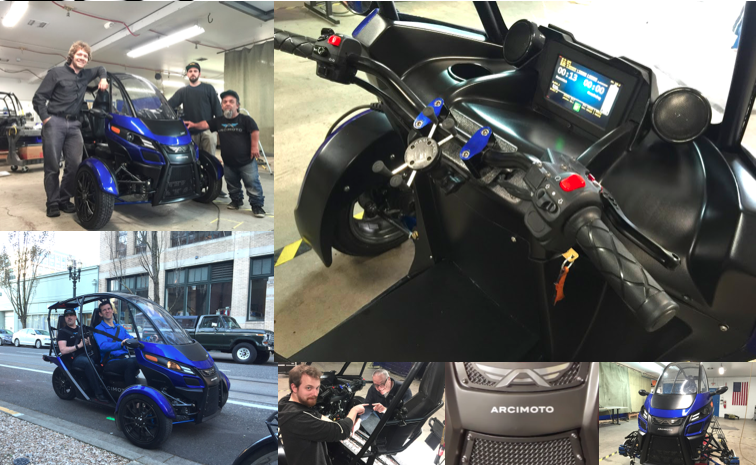 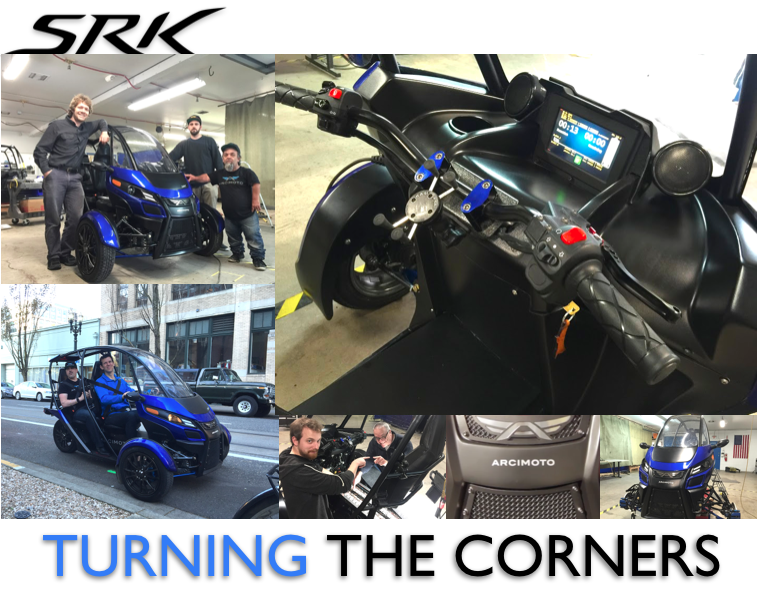 The team made major strides forward on SRK product development during the month of March. While Red was out in New York (see below), the team did a major overhaul on Blue. We made improvements across the board: a new rear shock with better damping fixed the suspension oscillation effect we were experiencing, the passenger compartment saw significant ergonomic improvements in terms of leg comfort, and the front clip was entirely rebuilt with a refined steering system design, new power steer module and hard lines for the brakes. The new steering system is a dramatic improvement: greater range of motion on the controls for better leverage and improved sensitivity, and the new power steering module has much better torque response. Together these changes enhance the feeling of connection and control for the driver.

We’ve also made considerable progress on component selection for the Signature Series SRK build. All throughout the vehicle we are moving from prototype parts to production intent solutions: windshields and wipers, gear sets, controllers and motors, system electronics and more. 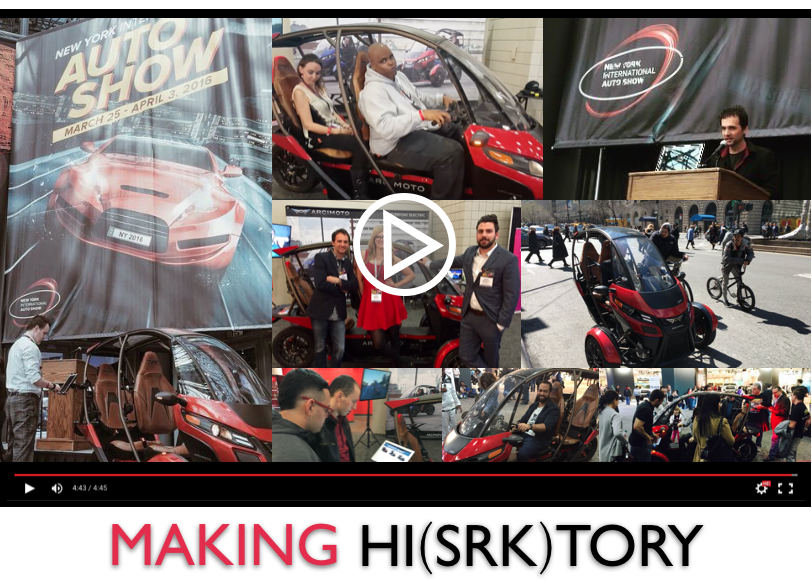 History was made last month, when Arcimoto went to the New York Auto Show for the first time! With over 1.3 Million visitors annually, the New York show is one of the largest auto shows in the world, and the team was thrilled with the response. The SRK sparkled in the Javits Center while visitors gawked and photographed our Red prototype. Over the course of the two week show, our booth had over 500 visitors daily. Every visitor wanted to sit in the SRK, snap some pictures, and talk to the team. Some of our supporters from the East Coast attended the show just to meet us- some traveled as long as five hours to come and see the SRK.

The interest from the show and our continuing online campaign were enough to elevate us past our Q1 pre-order target of 750 SRK’s reserved, and now we’re pushing hard to crack 1,000. Visit us at www.arcimoto.com/preorder to save your spot today!

We put together a short video to help capture the auto show experience for those who couldn’t make it.

Speaking of videos, when we were in Los Angeles on our last trip, a giant Marshmello stole the SRK and made this awesome video. Arcimoto’s Business Development Lead, Jesse Fittipaldi, even made the cameo cut! Next time just remember to take the key with you, Jesse. Check it out! 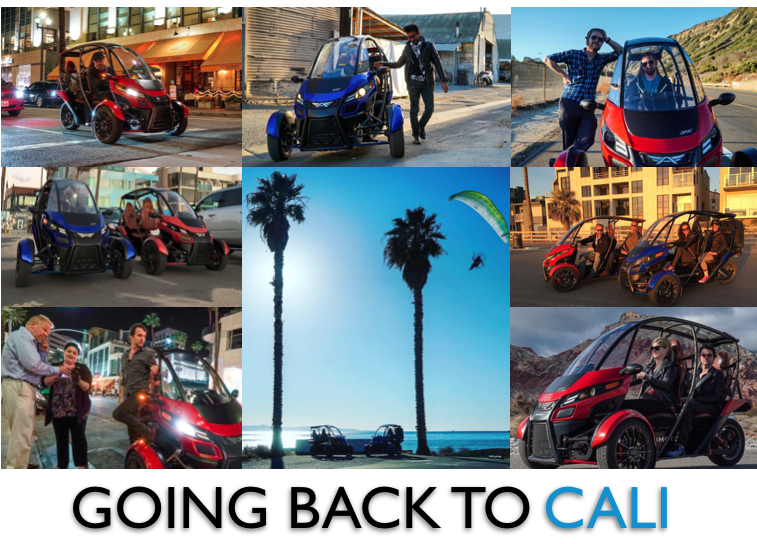 The Arcimoto road crew is headed down south for a road tour with the freshly upgraded Blue alpha prototype. For more updates on where we will be, please follow our Facebook page or the Events page on the web site. Here is a general outline of our locations: